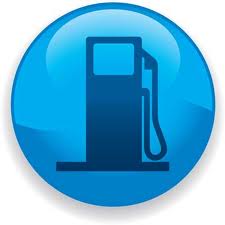 “Finally a Economy map / tune that forces you to change your Driving Habits”
While most companies are focused on how to make more power from the Ford F150 3.5L Eco-Boost V6, we have taken a different approach in offering more than just power. We have developed an Economy map for the F150 3.5L Eco-Boost V6 that truly is about economy and when driven on a daily basis will force you to change your driving habits to get some more economy gains out of your F150.
In stock form it seems that the truck makes more than enough power to move itself on the open highway getting very good fuel economy for a truck (18-22 mpg) but once truck is driven in traffic or in-town environment the fuel economy drops considerably (14-15 mpg). Most of this is due to the weight of the vehicle and how in stock form the 3.5L V6 is always in boost with the small sized turbos. (More Boost = More Fuel)  In town day to day driving you don’t need boost and power you need smooth shifting and good converter lock up strategies and just the right amount of power accelerate through traffic/in town.
We have developed an economy map/tune that truly is Eco-Boost technology (small displacement with V8 power) that keeps truck in vacuum with little to no boost while in town/traffic and while on highway also has reduced boost. But while at Wide Open Throttle (WOT) maintains factory power / torque to accelerate as needed.  By having reduced boost / power at certain RPM/throttle input levels this forces drivers with a heavy foot to get better economy, the map/tune will only allow so much power bottom line, it’s designed that way.  Some of your first impressions after installing our economy map/tune will be the sense of less power and less boost but this is perfectly normal and after you drive it you will see how it changes your driving habits and keeps the 3.5L V6 out of boost to reduce fuel consumption. Its just like driving Fords F150 3.7L NON boost V6. Obviously results will vary depending on curb weight, tire size, payload and driver but we have seen 2 to 3 mpg improvements town/hwy over stock map/tune on our own F150 3.5L EB V6.
General specifications on our economy maps:
Depending on engine load & throttle 0-2000 rpms  – vacuum – 2 psi boost
Depending on engine load & throttle   2000-3500 rpms – vacuum – 4 psi boost
Depending on engine load & throttle 3500-5600 rpms – 2 to 10 psi boost
TOP